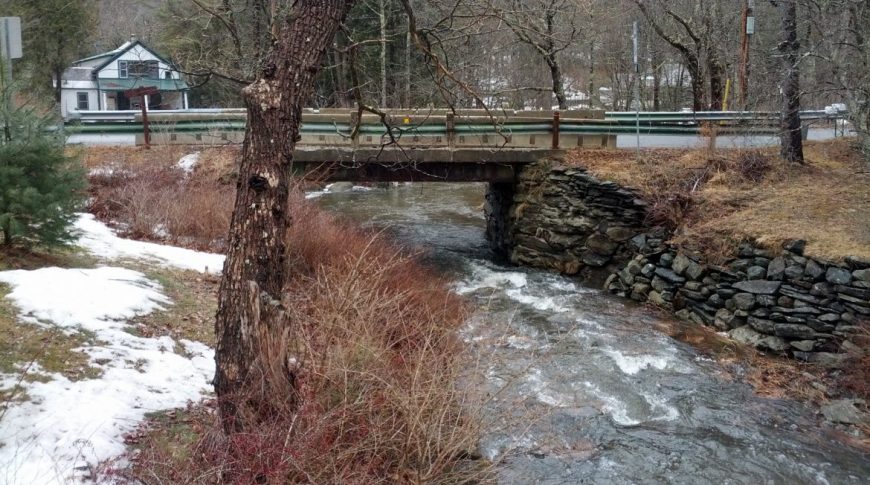 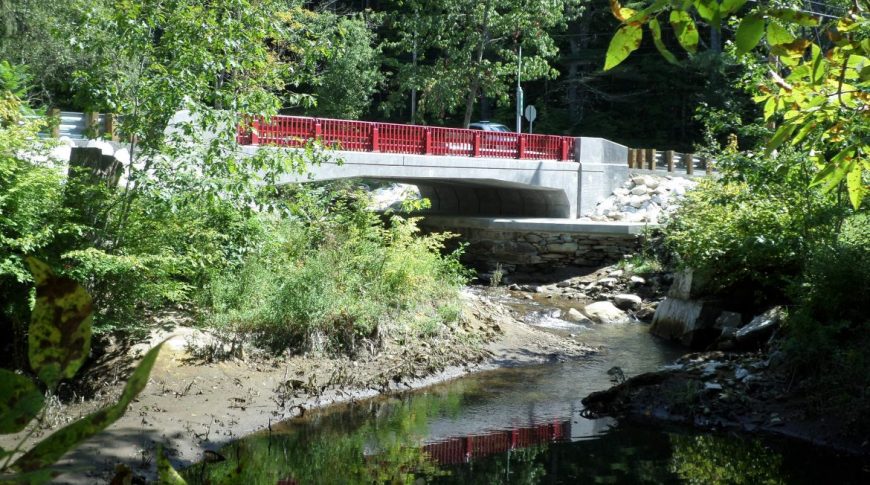 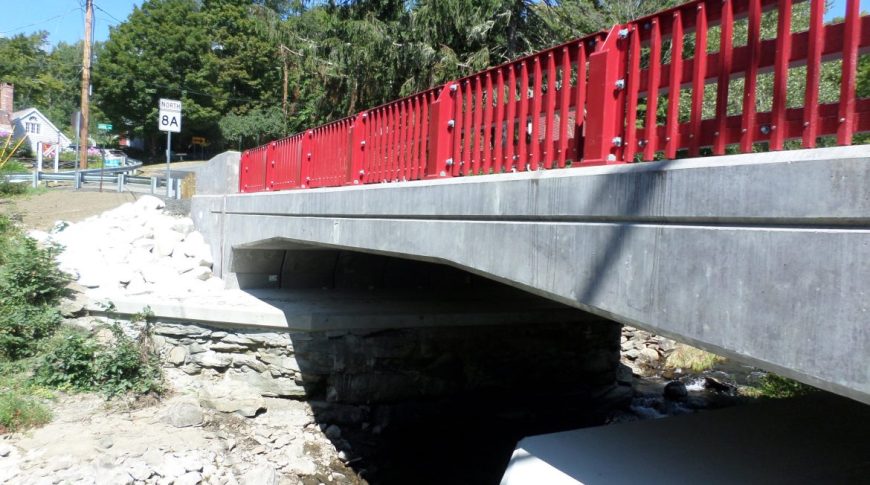 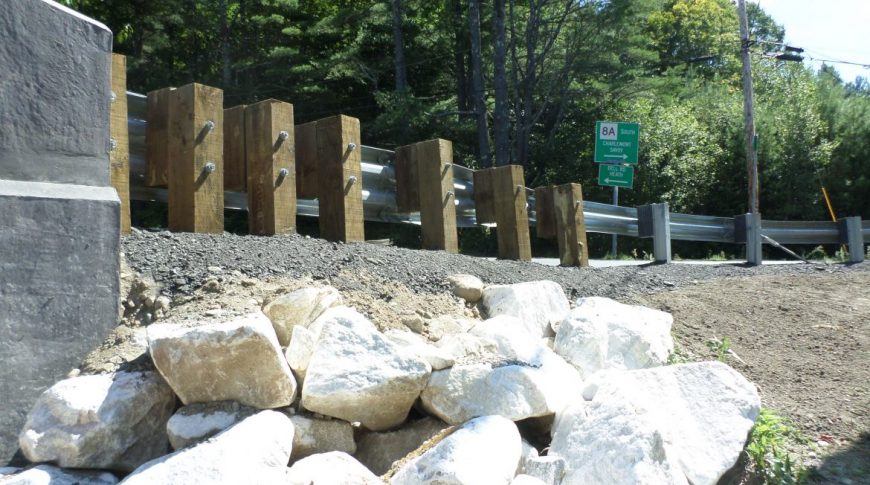 This project involved preparing plans, special provisions, and an estimate for the bridge replacement of Bridge No. H-14-001 (0FA) which carries state Route 8A (Jacksonville Stage Road) over Mill Brook in the Town of Heath.

The original single-span bridge was constructed in 1928 and reconstructed in 1948. The superstructure was comprised of five steel beams with a six-inch reinforced concrete deck and had a span of 22’-6”.

Bayside Engineering designed a new 40-foot single-span bridge with a curb-to-curb width of 22 feet. The new structure is constructed of seven (7) precast, concrete rigid frame units that are butted together and transverse tied into a single structure. The precast superstructure is topped with a hot mix asphalt wearing surface. To ensure that there was no adverse impact to the hydraulic flow area under the bridge, the existing bridge’s low chord elevation was maintained. The bridge railings are S3-TL4 bridge railings painted red at the request of the Heath Historical Society. Guardrail and guardrail transitions are provided at each corner of the bridge.

The new superstructure is supported by new precast footings. The footings were installed behind the existing dry stone masonry abutments which have been retained to preserve the site’s historical context and to serve as the scour countermeasure for the new footings. Concrete fill was used as a foundation for the precast footings as a way to provide an even base on the shallow ledge at the site. The existing stone wingwalls, upstream channel walls and vegetated wetland have been preserved.

Roadway restoration included the reconstruction of the south intersection of state Route 8A, Dell Road and Saunders Road. The open roadway drainage incorporated Type A berms and the necessary slope treatments to avoid direct discharge into Mill Brook.

Because the only detour was nearly 6 miles, the road was closed for construction for the shortest period possible: approximately 42 days. This duration was feasible via the use of accelerated construction techniques and precast bridge elements in conjunction with a construction staging area at the southeast quadrant of the project site.